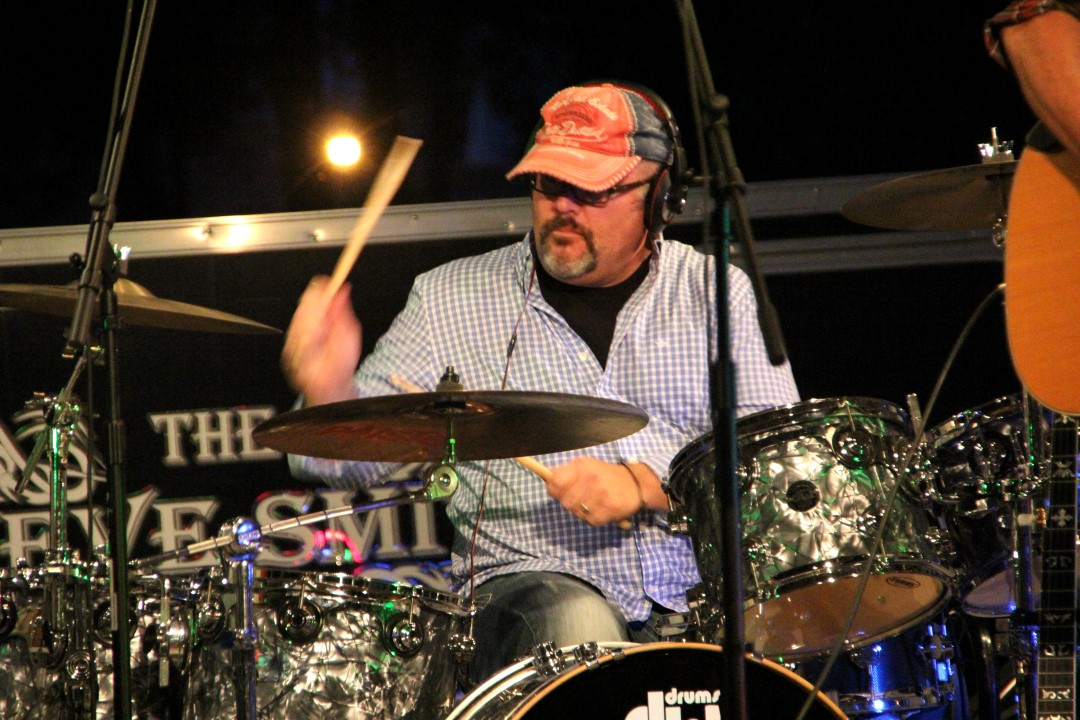 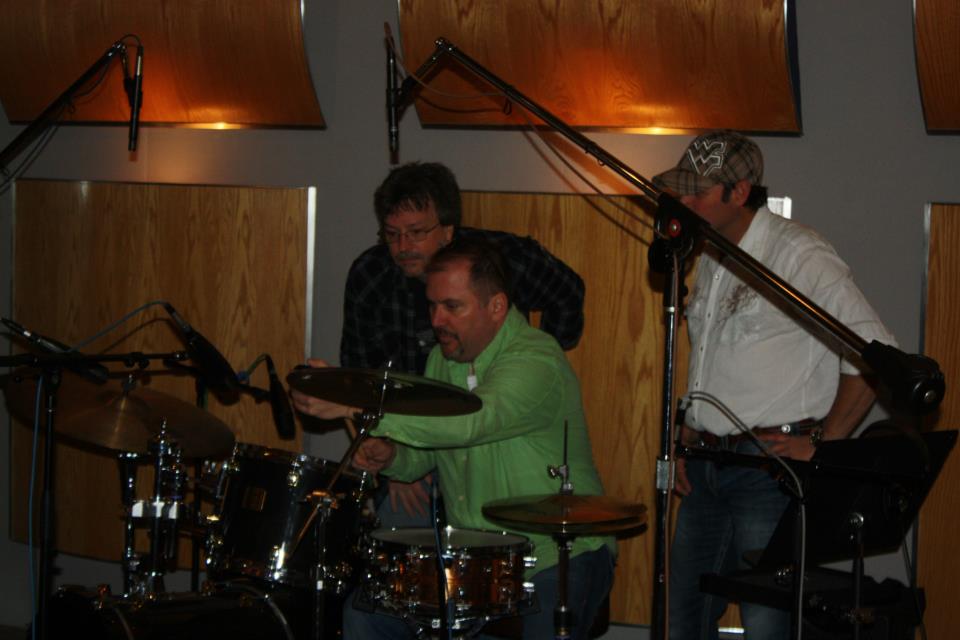 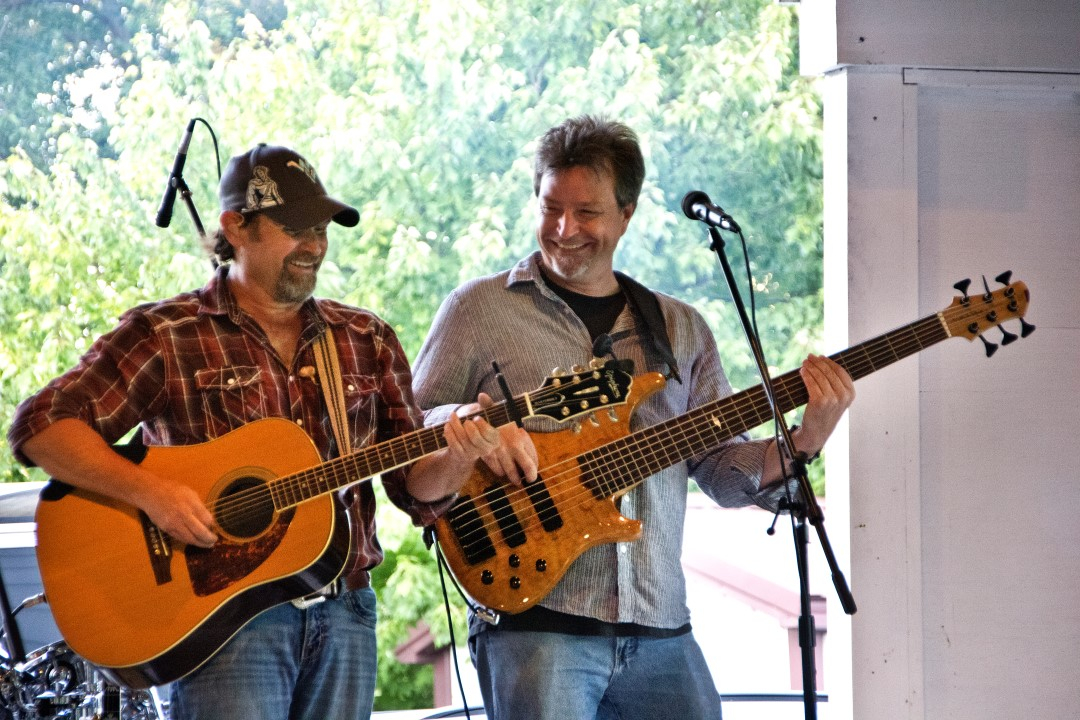 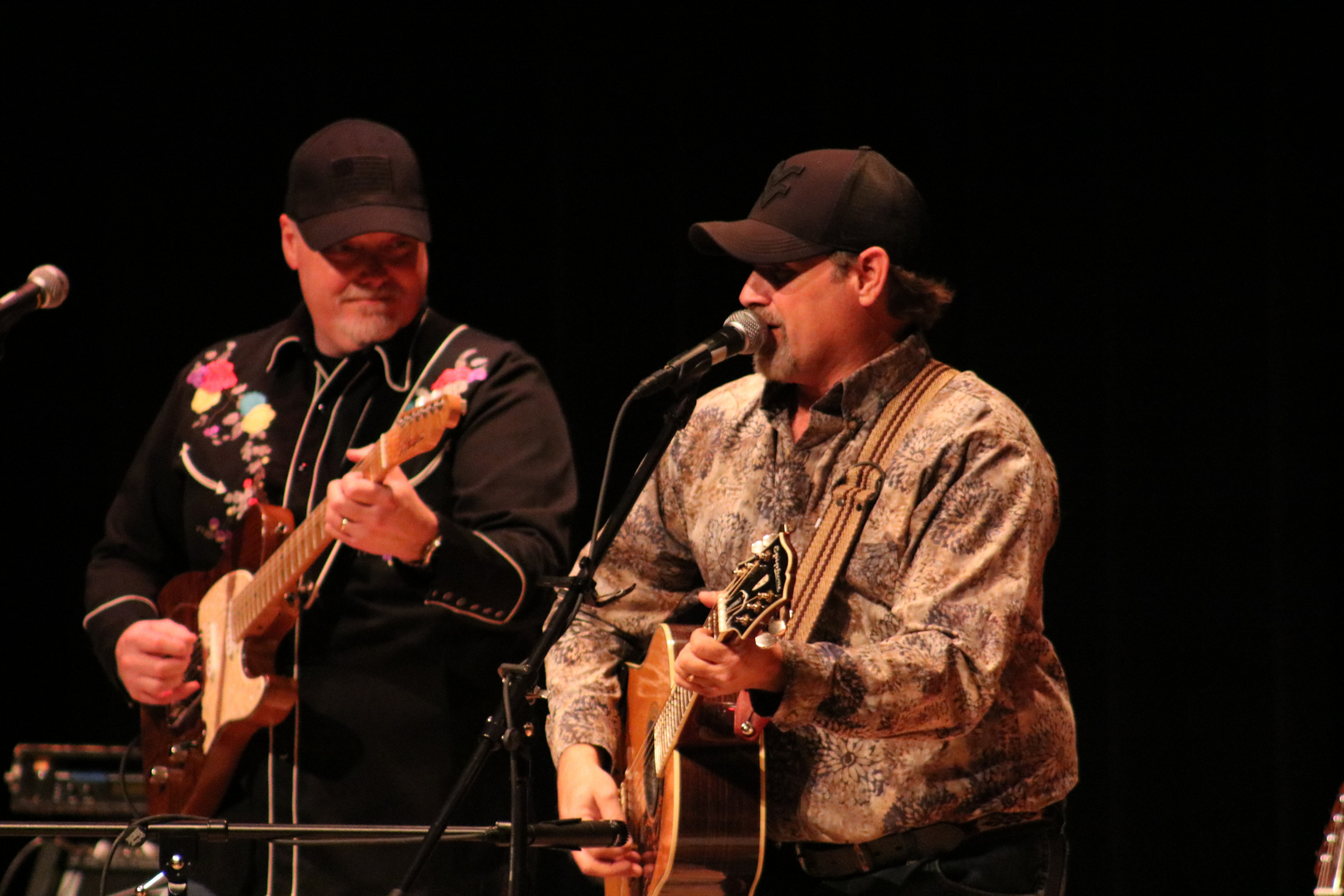 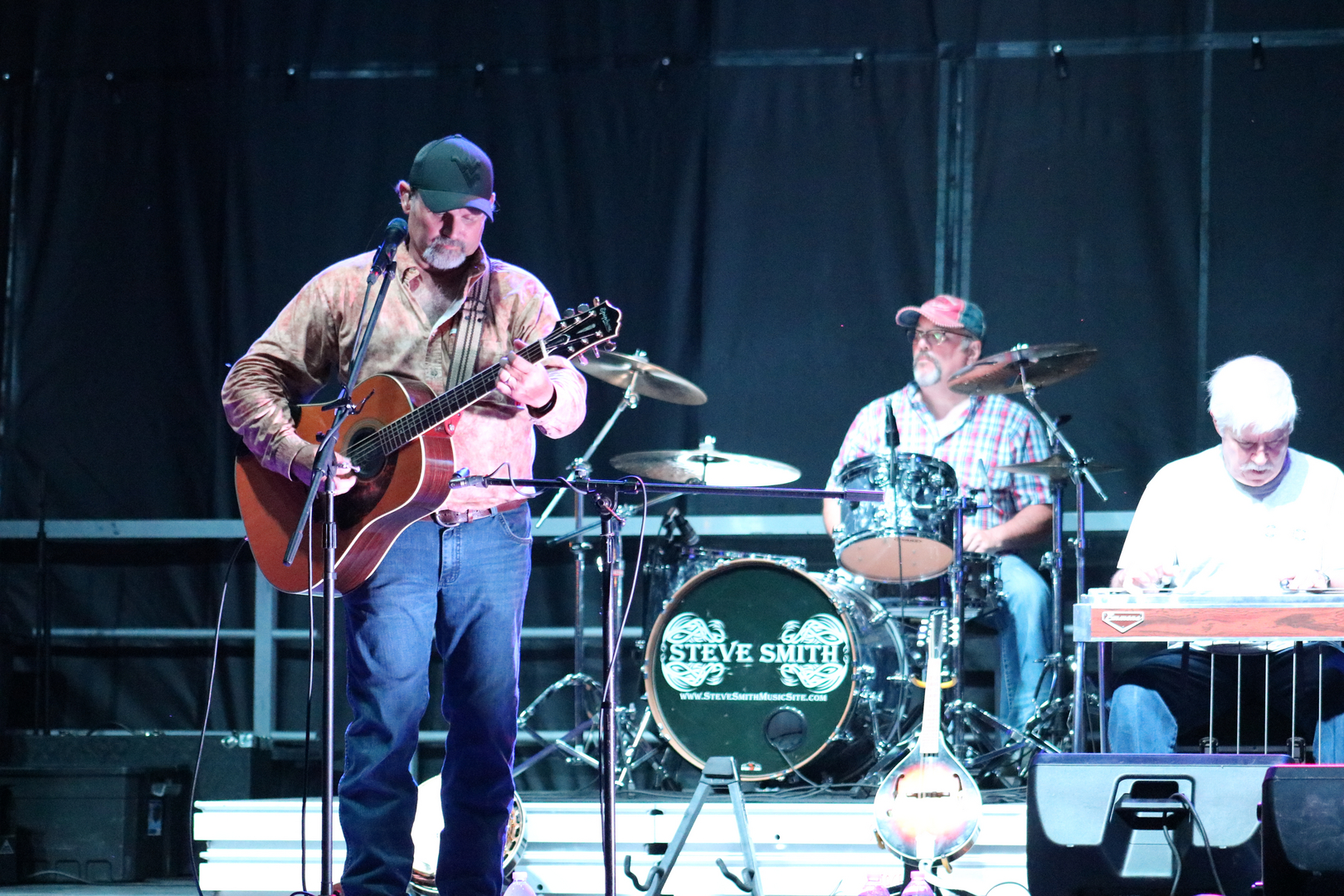 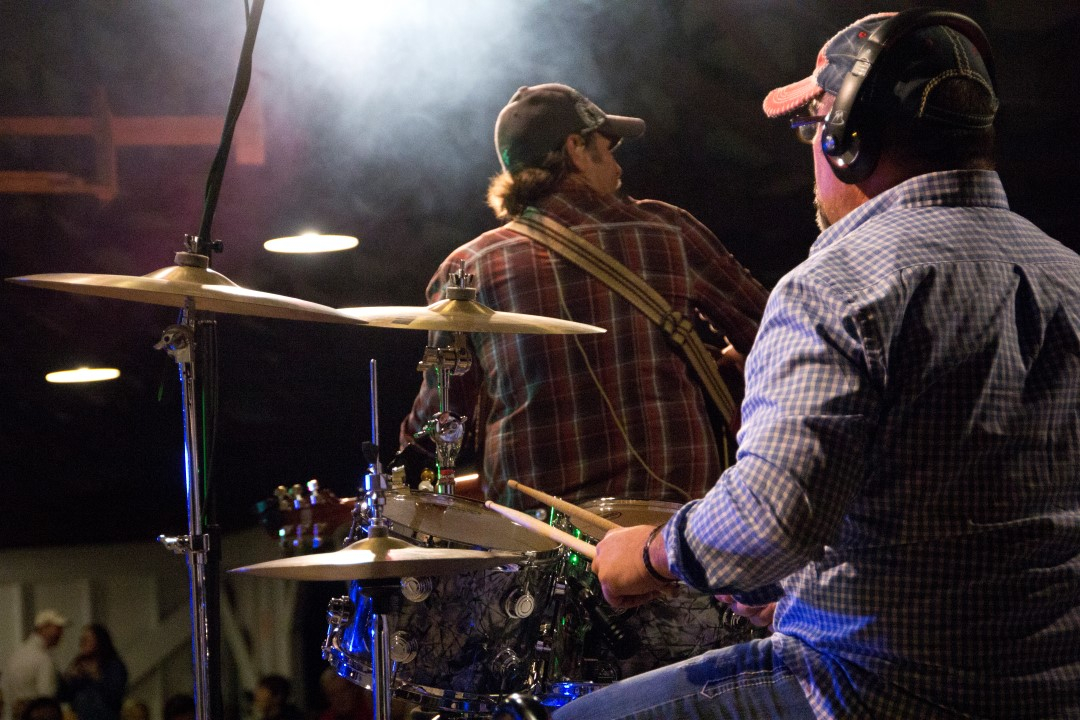 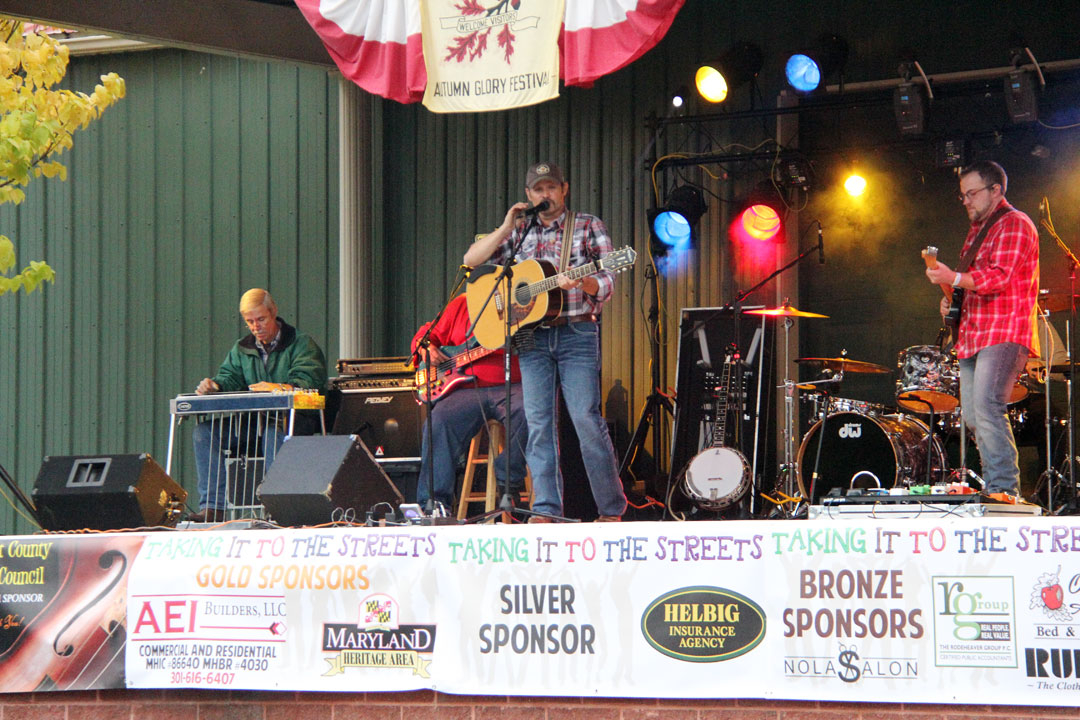 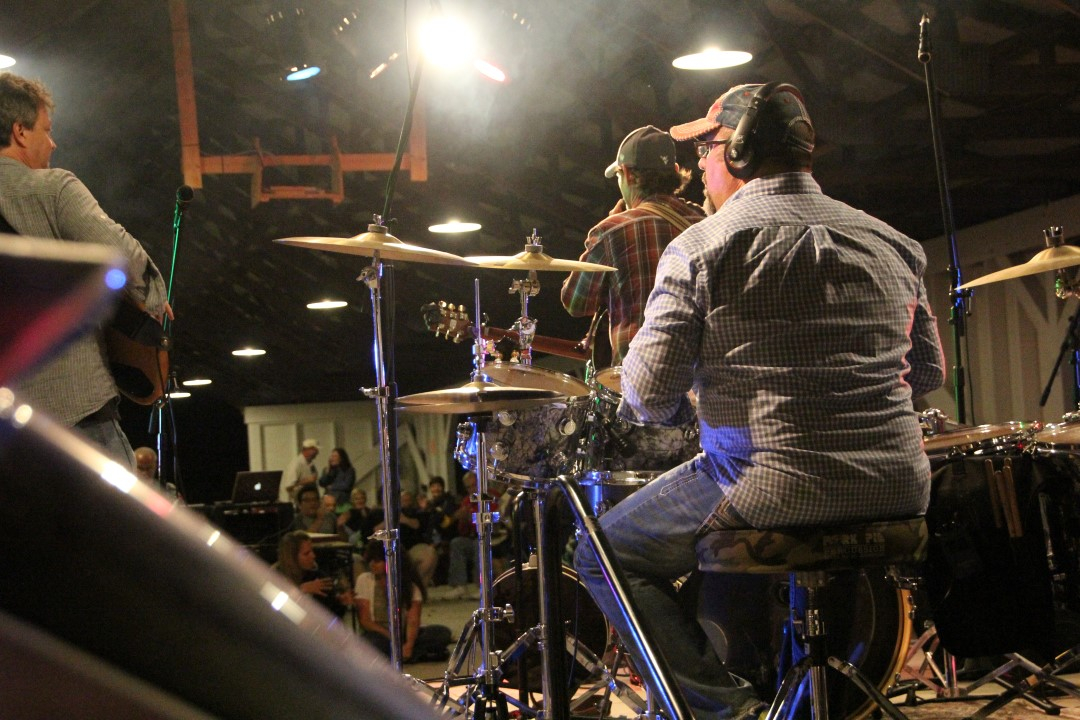 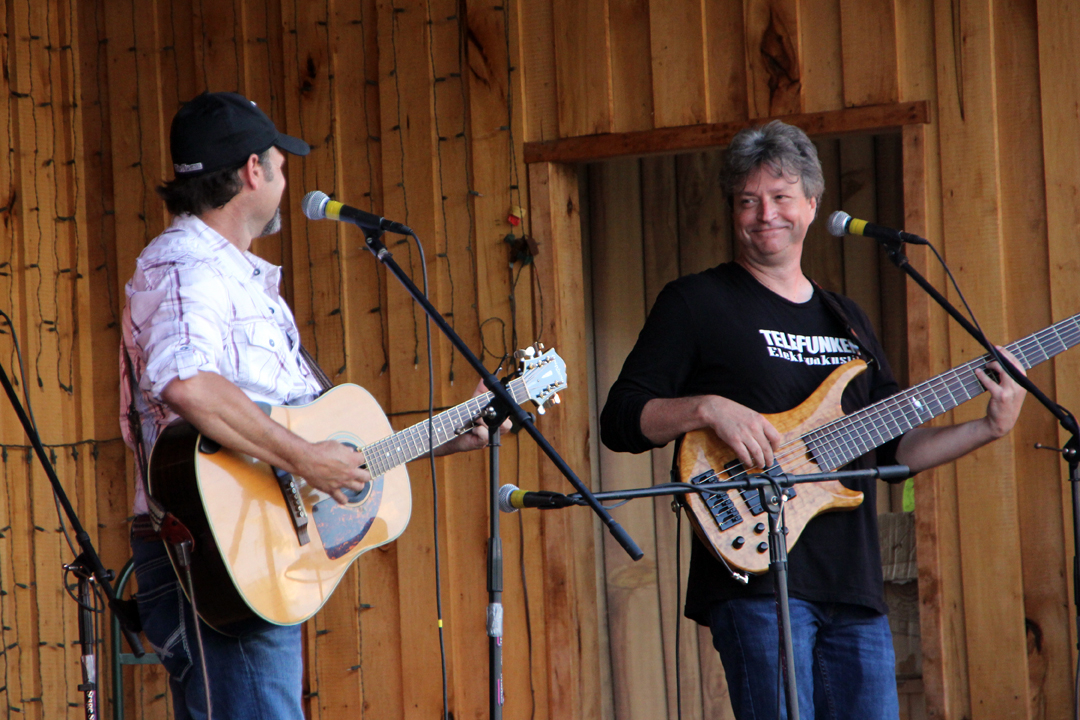 They are spread out across the tri-state area and have become more than just “a band”. They have all become our friends and without them, we would just be an acoustic show.

Tom has been with us since the beginning by answering an ad online for a drummer. Since then he has become not just our drummer but our friend. He has believed in Steve Smith since the very start, even in those down stairs rehearsal sessions. He was new to the country genre crossing over from classic rock but not at all new to experience! Tom toured with Freebase back in the day and keeps us all laughing in between gigs. Tom travels from Canonsburg, PA and you can check him out at www.WestPennLife.com

Chuck came to us by a recommendation from our former guitar player, Chad. Steve has always wanted to have a pedal steel guitar on stage with him and once he heard Chuck, well, the rest was history. Chuck is the quiet type on stage but start talking about pedal steel guitars and his knowledge comes pouring out. Chuck is also a member of WV Country Music Hall of Fame and when Chuck isn’t playing with the SSB you can see him out around the tristate area making things sound pretty with that pedal steel. Chuck has been playing the pedal steel for 46 years and he comes from Volga, WV. You can check Chuck out at www.facebook.com/Chuck-Westfall-Pedal-Steel-313623795744305

Hollis came on board with the band by way of playing keys. Hollis had started off as Steve’s producer for his second album. One day when Steve was walking into the studio for a session, he heard this beautiful music coming from the baby grand. As Steve turned the corner he saw Hollis playing. That lead to Steve asking if Hollis would play a few SSB gigs on keys. Later, the need for a bass player happened and Hollis said he could do it. It just so happened that Hollis went to college on a scholarship, playing bass. The stars aligned and here we are all these years later. Hollis is more than just our bass player. He is the brother from Texas that Steve never had. Together they can sniff out BBQ within 10 miles of a gig. Hollis travels from Pittsburgh, PA and you can check him out at www.audibleimages.net

A few years ago our previous lead guitar player moved to Branson and Steve asked him who could take his place. Without hesitation he said, Jamie Adkins. (Side note- inside band joke- still after all of these years, Katie still has a hard time trying to remember how to spell his last name)

Jamie is a force to be reckon with on both the electric and acoustic guitar. He is quiet both on and off the stage but don’t let that fool you. He is as steady as they come, well rehearsed for every gig and as Steve says often, He sure can make that tele sound real pretty. Little not known fact about Jamie- he can also play the pedal steel guitar. PS have we mentioned how quiet Jamie is? Jamie is the band member that probably travels the most miles to play in the band. He comes all the way from Madison/Danville, WV

Feel free to check out the schedule below to come see these talented artist play on stage.